Paintball is a game of skill and strategy. It is also a game, though, of having the right gear. Paintball markers can easily range into the thousands of dollars to buy and high-end pros drop more cash on guns than you might imagine. If you’re new to the sport or strapped for cash there are plenty of top paintball guns for sale that might better suit your bank account. Below are five recommendations to get you started – or to keep you in the game when you’re low on cash.

5. The US Army Alpha Black Review

The US Army paintball guns are great for novices and only the higher tier palyers may find it unsuitable for the range they need. This robust marker is a good choice for new players – especially those who are on a budget. There are a few good models out there that can really help new players enjoy a good session, but the Alpha Black is probably the easiest to recommend. Why? For its price point it’s the gun that a new player is least likely to break or damage on the field.

The Alpha Black is actually manufactured by Tippmann (who also has the #2 gun on the list), so experienced players should already know that the gun is going to last. It’s not quite as steady as its older brothers and certainly not as easy to customize, but it’s definitely a marker that’s going to let you get out and play. At just under a hundred dollars on average, it’s also one of the few markers that’s really not going to break the bank – a good choice for someone who is just thinking about going out for the first time.

If you’re looking the best deal on a paintball gun as a good entry-level marker – you should really take a look at the Stryker STR-1. The gun itself is entirely serviceable, and it clocks in at #4 because it comes in a kit that’s going to give any new player an ability to get out on the field and get started.

Although not overly special in its own right it is impressive value for money as far as paintball packages go. It includes the Stryker, a one-use CO2 tank, a mask and a hopper for an absolute steal. This is a great gun to choose as a gift for a friend who is thinking about getting into the game.

Sometimes, the best marker is the most simple. That’s where the Piranha GTI stands heads and shoulders above the competition – it just works. It’s not as customizable as some of the guns on the list, nor is it as useful in some types of games, but it’s absolutely a simple marker that is going to get any new player through the game. It’s probably the best choice for someone who is just starting to make the transition from rented guns to buying his or her own gear – it’s easy to take care of, easier to use than most markers on the market, and it’s not going to confuse a new buyer with any kind of complex machinery or extra care.

The GTI is probably the king of the loaner guns – it’s not a competitor’s first choice to play with, but it’s a good choice to give to a buddy who has forgotten his or her own marker. Solid and dependable, it’s a great choice for anyone who just wants to get out there in the paintball field and play for a bit.

If you’ve ever used a rental paintball gun, odds are that you’ve used a Tippmann 98. The gun’s just under twenty years old, but it is still one of the most used markers at paintball facilities around the world. If you’ve ever looked at used guns, you’ve seen this model. If you’re old enough, odds are that this was your first marker. And if only for that, this is the number two entry on the list.

Is it cheating to list the 98 and the A5 together? Maybe. Almost everything positive you can say about the 98, you can say about the A5 – the only addition is that the A5 is highly customizable compared to its older cousin. Either one of these guns is easy to find used, and can still be picked up new for a relatively low cost. If you’re entirely new, stick with the 98 – it’s easier to get a handle on when you’re first starting out.

Spyder’s one of those names that’s fairly well known in paintball circles. It has historically been one of the more popular brands among mid-level and casual players, and most of the markers put out by the company are, at the very least, nice to look at. The Spyder Victor is no exception, and considered by many to be the best marker that a new player will be able to find for under sixty dollars. It’s a solid, mechanical paintball gun that’s going to allow most players to enter into games and feel comfortable with their shooting choices.

The Victor hits a few strong selling points that make it a good choice for new players and that have nothing to do with the price. It’s a non-electric model, so the maintenance is fairly easy. The neck clamp holds the hopper well, which well help you to avoid messy paint spills on the field. And, of course, the gun is relatively accurate for its style – something that many cheap paintball guns are not able to claim. All in all, it’s a decent choice even for those who aren’t particularly concerned with the price.

The Best 2 Paintball Guns for Sale Cheap are…

So the final 2 recommendations are options that I’d go for personally if I were a novice and looking to buy paintball guns cheap are: 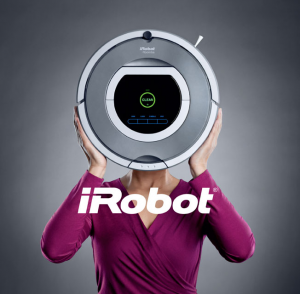